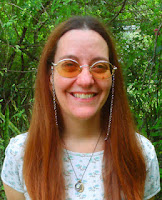 In my current series, The Antique Magic series, I write about ancestral curses, magic and witches. To me, it’s all pagan/supernatural elements—witches, gods, soldiers in a modern day town—elements which I put on par with Charmed (hello, Charmed), with a dash of Morgan le Fay, and things like that. Witches/supernatural equal fantasy to me. Always have, always will. But it seems like everyone you talk to calls my novel, The Artist’s Inheritance

something different! There’s no agreement among anyone, whatsoever of what the book is. In a way, that’s kinda cool and the whole lure of self publishing helping those that don’t fit into the Big Six’s teeny tiny little boxes. J On the other hand, it’s a Pain in the A** because of Amazon, who only recently decided to include Urban Fantasy in their KDP categories (a genre that’s been around since Buffy the Vampire Slayer ended). 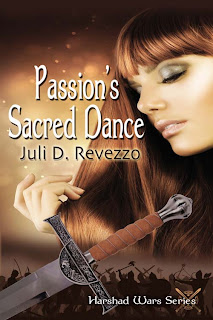 
How Lesbian is Lesbian Enough? 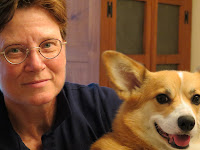 The topic of what it is exactly that makes a “lesbian novel” has been debated ad nauseum in many circles. Is it only those books written by lesbians, even if there are no lesbian characters? Is it only those novels whose main characters are lesbian? Or is it those whose plot and storyline would appeal to lesbians? The only consensus seems to be that there is no consensus. Maybe lesbian literature is more fluid and diaphanous than any of those definitions.

Lynne Pierce recently raised the question of what it is we want lesbian literature to become. She likened the current state of lesbian fiction as being in its adolescence, having begun with the pulp novels of the 70s and 80s. Most of those books were not brilliantly written or produced, but they were all we had, and we gobbled them up. Now, with more small lesbian presses and the advent of independent publishing, we are in the midst of a flood of lesbian fiction, much of it romances. Not all of it is good, maybe even most of it. But it seems to tickle the taste buds of many readers, and as with typical adolescents, there seems to be a huge preoccupation with sex.

Like most humans (certainly not all), the literature will hopefully mature past this preoccupation to embrace the totality of what it is that makes us lesbian. I love an occasional romance, but sometimes I want something that reflects other aspects of my life. It is certainly much more than the gender of the person with whom I make love, though for many straight people, the definition of “lesbian” probably begins and ends right there.

For me, my being a lesbian influences everything I am – how I perceive and interact with other people, how I look at advertising, how I interpret news events, how I arrange my legal and financial affairs to protect my beloved, how I place myself within society. Absolutely everything about me is colored by the fact that I am a lesbian, and sex is only a very small part of that.
That wholeness, that totality is what I want my books to bring to life. I’m no longer an adolescent, preoccupied with thoughts of sex (well, there are moments…). I am much more than that, and so are my characters.  Their decisions and interactions, their successes and foibles are all influenced by the fact that they are lesbian, even when there is no sex involved. Does that make my books and others like them “unlesbian”? 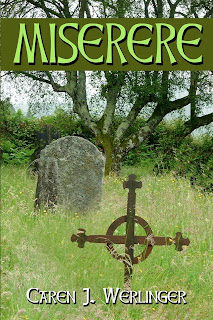 Apparently, at least one reader thinks so. In a recent review of my novel, Miserere, a reviewer stated, “While this is an interesting read, those who may be expecting a lesbian romance may be disappointed. This is not really a lesbian novel per se -- as the main protagonist is a young girl of about 11 years of age, and the two lesbian characters in the novel have no intimate moments.”

First of all, this book was never marketed as a romance, but more intriguing to me was this reviewer’s opinion that if the book included no intimate scenes, then it couldn’t, by her definition, be lesbian. Nevermind that every critical decision made by one of the main characters is because she has fallen in love with another young woman (and no, she doesn’t identify herself as a lesbian – it was the 1860s), or that the young girl becomes the book’s real hero precisely because she already knows, in her heart, what it is that makes her different.

By this reader’s rationale, any woman who is not in a relationship, not sleeping with another woman, would not be lesbian, either. No sex = no lesbian. I think there are many in our community who would argue that that makes no sense in our lives, so why should it apply to our books?
To me, some of the most enduring and powerful romances in movies and literature have been the ones that don’t involve people thrashing around like eels. Sleepless in Seattle jumps to mind as one of my favorites, with the only physical contact between Meg Ryan and Tom Hanks being the holding of hands at the end of the movie (and I don’t remember the word “heterosexual” being uttered even one time). Jane Austen proved that a slow burn and prolonged attraction without our actually witnessing any sex between the characters has staying power – over two hundred years’ worth. Any of us should be so lucky as to have our books still being read two centuries from now!

I know, “it is a truth universally acknowledged” that sex sells. It always has and it always will. I can’t 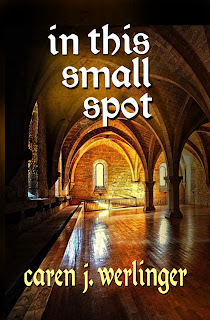 help but think, though, that much of the current crop of lesbian romances will someday be looked back upon much as we now look at the novels from the 70s. My hope for our literature is that the novels that will stand the test of time will be those that transcend that very limiting definition of who we are and show us in our totality, as complex, complete human beings living our lives, even if the bedroom door is politely closed in our faces.