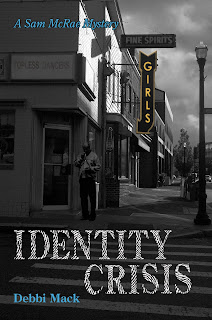 Refusing to Die: My Story of Losing a Publisher, But Going on Anyway

This is actually a revised version of a piece I wrote for my Web site in February 2008. It's been updated to reflect developments since then.

Ray Kroc, founder of McDonald's, once said: "Press on. Nothing in the world can take the place of persistence." I couldn't agree more.

Persistence is an essential quality for anyone doing creative or cutting-edge work. Biotech startups, inventors, artists, musicians, and yes, writers, know that they'll never succeed if they allow failure and disappointment to stop them. I speak from experience when I say that if it weren't for sheer bull-headed persistence, I would've washed out of the fiction writing business ages ago.

It was the early 1990s when I began putting serious effort toward writing fiction. I finished my first mystery novel in 1997. I sent letters out to as many agents as I could and got a few nibbles, but no contract. I kept this up for a while, then decided to write a second novel with the same protagonist. I went through an even more extensive round of agent queries and rejections with this novel. Finally, I decided to submit it directly to small presses.

My first submission was to a small press that had agreed to publish and anthology called CHESAPEAKE CRIMES to which I had contributed a short story, my first published fiction. I submitted my novel manuscript to this publisher and a few months later, was offered a contract. By then, it was 2003 and I was ecstatic at having landed a publisher after so many years of rejections. But before I could even savor the feeling of sweet success of a first novel release, something terrible happened. I had a stroke.

I was extremely fortunate to have been treated quickly, so my recovery from total paralysis on the left side took place within hours. I was walking the next day and speaking with no problem. No one but the most observant person could even tell I'd had a stroke. But things got worse. A few months after the stroke, my left hand and foot began to clench. The contortions in my hand and arm became painful. It turned out the stroke had caused a condition called dystonia. It has no cure.

In short, I have been through numerous treatments. None of them has provided complete or lasting relief. The accepted medical treatment--injections of botulinum toxin to the affected areas--has produced minimal relief. I am unable to lift certain fingers or grip things in the affected hand. As I struggled with this, my first novel, IDENTITY CRISIS, was published in the summer of 2005, to the acclaim of many--many relatives, friends and acquaintances, that is. The rest of the world remained blissfully unaware of it. My small publisher was without the money or inclination to promote the book other than to make it available for sale through Amazon and other online booksellers. The rest was up to me.

So I hired a book promoter, did some interviews and signings, got a handful of good reviews and tried every way I could to get the word out about my book. Then things got even worse. Around the time my first royalties were due, my publisher had some kind of crisis and stopped paying his authors. They tried to reach the owner but didn't get a response until long after their trust in him was irreparably damaged. Ultimately, the vast majority of the authors, myself included, cut their contractual ties with the publisher. It was a difficult decision for me, but an inevitable one under the circumstances.

In early 2006, my novel had gone out of print, less than a year after its release. I think I'd sold maybe 125 copies in that time. I still had no agent. I was looking for a new publisher and at the same time, battling an incurable disorder that was still causing pain and constant clenching in my hand and foot. I've been told life is a journey, but I wasn't expecting the march to Bataan!

Still, I didn't give up. Like I said, if it weren't for persistence, I'd forget about fiction writing. Despite all the bad stuff, I kept writing, kept submitting, and kept getting rejections (rejections, I might add, that were getting more complimentary of my writing skills each time, like "Sorry, really close, but no cigar." Doh!). At one point, it occurred to me that I could get the book re-issued by Lulu.com. So I went to work on making that a reality.

I'd be lying if I said the process was completely transparent and I never ran into any glitches or delays. There were cover formatting issues that required frequent revisions and resubmissions. And it took me forever to understand some of the simplest concepts (in retrospect), like how the ISBN would get into the book or on the cover after I gave the go-ahead to publish. The Lulu publishing process is conducted completely online, which helps keep their costs down and make their service viable. But it eliminates the human factor (or at least minimizes it), so your communications are reduced to emails that may or may not explain everything you don't understand. Nonetheless, I muddled through the process despite myself.

After all was said and done, it took a little more than a year to publish the book, from minor editing to finished product. And the best part was that after all that patient effort, I could hold up the book to people and say, "This is my novel. It's back in print." And believe me, this achievement alone feels HUGE!

Even better still, though, I discovered e-publishing about a month before the new print edition came out. It opened a whole new world of possibilities for me. Uploading my novel was neither time nor cost-prohibitive. And it was relatively easy to market online. I made IDENTITY CRISIS available as an e-book for Kindle on June 2, 2009, and offered it on sites like the Scribe Store and Smashwords, as well. As of the end of August, I've sold more than 200 downloads through these three e-book retailers (and most recently, Lulu too). That's more books than I sold in the nine months it was originally in print. Assuming I hit 250 downloads within the next month or two, that'll be twice as many books as I sold during the nine months it was first released.

Debbi Mack's novel, IDENTITY CRISIS, features lawyer/sleuth Stephanie Ann "Sam" McRae in a hardboiled mystery involving a complex case of murder and identity theft. It's available in print through Lulu.com and will become available at Amazon and other online sellers and as an e-book through Lulu.com, Amazon, the Scribd Store and Smashwords. Debbie has a short story published in CHESAPEAKE CRIMES She will have more stories published soon in The Back Alley Webzine and in CHESAPEAKE CRIMES 4, coming from Wildside Press in March 2010. Her web site is www.debbimack.com and she has two fiction related blogs: Debbi Mack: My Life on the Mid-List and The Book Grrl
Posted by Patty G. Henderson at 3:22 PM 5 comments:

I began writing fiction in 1998/99, inspired, as so many others were, by the television show Xena: Warrior Princess. I was approached by a fellow Xenite who was starting a publishing venture, and signed with Fortitude Press in 2001.

In retrospect, one might see that running a publishing company, having a full time job and trying to write might be too much for one person, and that proved to be true. My publisher grew tired of the work, the low return on her investment, and the usual petty gripes and strife that all companies, no matter how small, seem to create. I was given back the rights to my books and tried to decide what to do next.

My experiences were not horrible, even though some of my fellow authors would disagree with my view. I got paid on time, I was satisfied with the quality of the books and I was thoroughly involved in editing and cover creation. So, I was fully expecting to sign with another publisher. But I decided to investigate self-publishing first, just to be able to compare.

After doing a good bit of homework, I decided to strike out on my own. My reasons were primarily financial and creative control. Self-publishing requires you to have some funds at your disposal, so it's not for everyone. But if you can afford to print 500 or 1,000 copies of your book and are fairly sure you can sell them, the financial return is greater than it would be if you signed with a publisher.

This makes perfect sense when you consider the money your publisher has to invest up front to get your book into your readers' hands. Someone has to invest a few bucks, and if it's your publisher, he or she is going to want to make a few bucks for fronting that money. Since I could afford to do that myself, however, it made sense to me to go for it.

My second major reason, creative control, might apply more to me than many other writers in the romance genre. My books don't follow a strict genre formula and I prefer them that way. That's just my style and I don't want to change it. Some publishers aren't interested in that kind of variation, so my options were limited. But even if they hadn't been, I'd heard too many horror stories from friends who had edits foisted on them that they didn't agree with; had sections cut from their books that they hated to lose; had strange covers created, etc. I just didn't want to deal with any of that if I didn't have to. Since I didn't have to--I didn't.

Since I started, POD (print-on-demand) has gotten more popular and a bit less expensive. I assume we'll see more and more people going their own way--if they can escape their contracts with their publishers, that is. Some publishers lock a writer in and make it very tough to get away--even if you've learned to hate each other. Rather like a bad marriage where neither will file for divorce.

I'm still doing full print runs of a few thousand copies since that's the only way to get the per copy price down low enough for me to make enough money to make this worthwhile. As it is, it's still hard to make even one dollar per book when you sell on Amazon. If I didn't have sales through my web site, www.briskpress.com, I doubt I'd go to the trouble of publishing my work. I love writing, but publishing is not for the lazy. But I think putting my books in print has made me strive to be better and put out the best product I can.

Most readers don't realize how little money is to be made in the publishing business. They pay $15-$18 for a book and assume someone's making a nice living off that. But if the book costs $6 to print and the distributor takes 40-60 percent off cover price--there's not much left. That's why I always try to encourage people to buy their books direct from the publisher. I realize Amazon is handy and can save a buyer some real money, but if everyone buys from them, small publishers won't be able to stay afloat. This won't hurt Amazon one bit. It also won't hurt big national best selling authors much. It will hurt people who love lesbian fiction.

I believe lesbian fiction has improved by leaps and bounds over the past ten years. I'm confident that's because everyone has stepped up their game. But we can't succeed without our readers. So, tell your friends about the books you love, and write reviews. That's the same as a love note to an author.
Posted by Patty G. Henderson at 12:26 PM 1 comment: