THE NEXT BIG THING BLOG HOP

It's December 26, the day after Christmas and I hope everyone overstuffed themselves with food and celebrated with beloved family and cherished friends.

And I'm happy that you made it to the Henderson Files where I'm so delighted to have been tagged to be part of the wild and exciting The Next Big Thing Blog Hop. It's like a chain letter of authors passing along or "tagging" new authors for the following week. It's a unique way to find out what new book an author is working on or a new release. In my case, I want to tell you about my upcoming new Gothic Historical Romance, PASSION FOR VENGEANCE,  but also have fun with my current Gothic as well. I was tagged by lesbian Historical Romance author T.T. Thomas. Thanks bunches, Tarra.

What is the working title of the book? 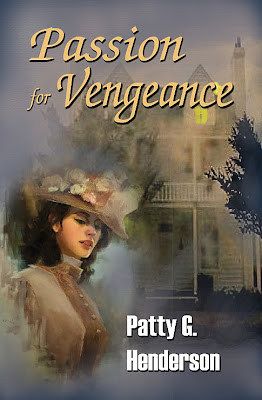 Title of my new lesbian Gothic Historical Romance is PASSION FOR VENGEANCE. I’m hoping for a Spring 2013 release. This is the first Internet release of the cover for the book.

Where did the idea come from for the book?
I’ve written two previous lesbian Gothic Historicals that have pretty much followed the tried and true formula for successful Gothics but I was interested in exploring the relationship between dark and light and how life situations can impact a woman to plunge into the darker aspects of her soul.

What genre does your book fall under?
Gothic Historical Romance

Which actors would you choose to play your characters in the movie rendition?
Oh, what fun! You mean I get to play Hollywood Producer and Casting Agent? Since PASSION FOR VENGEANCE won’t be published until Spring 2013, I’m hesitant to give readers predisposed images of the characters. I prefer my readers to use their imaginations with the words I use. If they are expertly written, then a reader should have a powerful picture of what I want them to see. However, there is one actress that I feel is so perfect, that I think I can take the chance..... 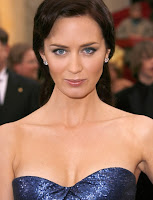 And just to keep playing casting agent, I thought it would be fun to cast the leading characters in my current and newest Gothic Historical Romance, CASTLE OF DARK SHADOWS, now available at Amazon as a Kindle eBook and paperback, also at Barnes and Noble online as an ePub eBook. 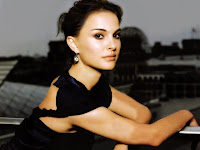 Natalie Portman as "Marion Dunraven" from CASTLE OF DARK SHADOWS

Alexandra Breckinridge as "Olivia Hampton" from CASTLE   OF DARK SHADOWS

What is the one sentence synopsis of your book, PASSION FOR VENGEANCE?
A woman, wracked by pain and a dark, haunted past finds salvation in the arms of another woman in an old, fading family plantation in the decade following the American Civil War.


What is the larger synopsis of your book, PASSION FOR VENGEANCE?


Jane Havens is the young heiress to the once powerful and glorious Havenswood, the now faded estate of the famous and decorated Colonel Vincent Havens, a Civil War Union hero. Her older brother, Cole Havens, current Master of Havenswood, is unable to restore the splendor of Havenswood to its days of glory. Into the midst of the crumbling plantation is thrust Emma Stiles, a mysterious young woman who is hired as governess to young Henry Havens, the youngest of the Havens family.

But with the arrival of Emma Stiles, long hidden and painful skeletons in the Havens closet are finally exposed but none could compare to the darkest, most destructive secret that lies hidden within the soul of Emma Stiles. When Jane and Emma fall madly in love, and passions and lust collide with secrets and dark desires for vengeance, no one in Havenswood is safe from the explosive consequences.

Will your book be self-published or represented by an agency?
I have my own indie imprint, Blanca Rosa Publishing. I no longer sign contracts with publishers.

How long did it take you to write the first draft of your manuscript?
I can normally write and publish a novel-length book within one year.

Who or what inspired you to write this book?
I think I pretty much summed that up in the second question. I am constantly exploring my need to spread my wings and push myself to embrace something I haven't tried before.

Thank you so much for stopping by The Henderson Files.....Next week, I've tagged author Sarah Ettritch for the January 2nd The Next Big Thing Blog Hop. Sarah has written fantasy and science fiction novels including the Rymellan Series, the Threaded Through Time series and other faves such as The Salbine Sisters.